Kent St. John graduated with a BA in illustration from the Pacific Northwest College of Art. While studying under Martin French, Kent began to explore the power of video through animated illustrations, motion graphics, and sound design. After five years as a designer at Nike, Kent partnered with colleagues Ben Pigao and Dominic Duchesneau to form a creative agency, Empire Green Creative. Today, Kent lives in Portland, Oregon with his wife and two daughters. Harlo recently had an opportunity to catch up with Kent to learn more about what fuels his creative abilities at Empire Green.

Empire Green is a small Portland native company as of 2012. They succeed with a team of creatives, photographers, producers, and filmmakers that all push the boundaries and create one of a kind content for clients. They have worked with large and small brands assisting with molding their identity through compelling photo and video production. Some of the companies they have completed work for have been Lululemon, Nike, Maui Girl Bikini and many others. Some impressive individuals they have worked for have been DJ Khaled, Kevin Hart, Shay Mitchell, Meyers Leonard and many others. Their passion filled work and ambition to go outside the box; inspires us as creatives so we wanted to spotlight them. You can check out more of their work here.

Thanks for being a spotlight for us Kent, what do you do for Empire Green and what do you love most about what you do?

Thanks for including me! I love sharing thoughts on the industry. I’m Creative Director at Empire Green and love making something out of nothing.

Can you share with us your story, your background, how you became a creative director?

I’ve always been involved in “art” since I was a kid. I grew up with a grandma who was an artist, an uncle who is a designer and poet, and my parents are both musicians. I attended PNCA and graduated with a BFA in illustration. Shortly after I was swept up in the world of Nike and design, here in Portland. After 5 years I decided to make the jump and form my own practice as a creative with Empire Green Creative.

What does Empire Green strive for?

We’ve always strived to operate like a freelancer who is totally hands on with their work while generating the highest quality content possible. Basically a small nimble group, with a big production mindset.

What are some of the latest trends in cinematography?

I’ve noticed cinematographers loosen their grip on the camera in the last decade. It’s almost like the creative industry had a bubble like our financial crisis in 2008. We got to a point where everything was too perfect and then POP! Everybody pulled back, simplified and didn't stress on perfection with how they made things look. Imperfections are perfect today in cinematography.

What are some notable projects you have worked on over the last year?

We’ve had some amazing opportunities with Lululemon recently in terms of storytelling– specifically a project we worked on with pro surfer, Evan Valiere. While I’m rarely satisfied with our work (I'm always wanting it to be better) this project really showed how we could think holistically, not only from a storytelling perspective with filmmaking but also the entire campaign experience from social media to editorial work.

Where do you find your inspiration?

There are so many things I find inspiring, I have to generalize. Anything that is pure, honest and untouched. This could be a great song, a beautiful painting, a hike through the mountains. I’m constantly trying to capture that type of experience and package them in a commercial way– which now that I say it, sounds not only impossible but evil as well. Haha!

Empire Green has a small team, how do you make it work with big projects?

First we try to handle as much internally as we can, but for big productions, we rely on so many other talented freelancers to join our team, collaborate, and help bring our vision to life.

When do you feel most proud of your creative abilities?

If I can watch one of our videos or look at one of our photos and get goosebumps, then I know we’re doing something right. It happens to me rarely, but when it does, I’m super stoked.

How do you win the hearts of your clients?

Treat them like a human, not a client. I actually had a client explain that to me recently. He was describing another agency he worked with and how they were trying to wine and dine him to death. He said, “just treat me like a human because I am one.” 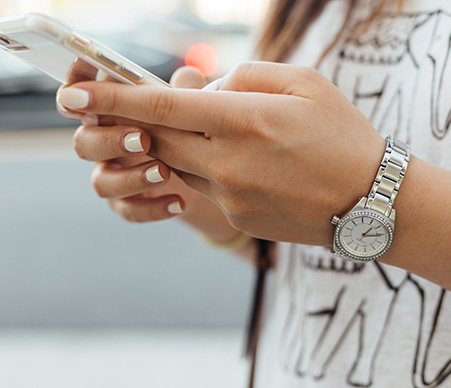